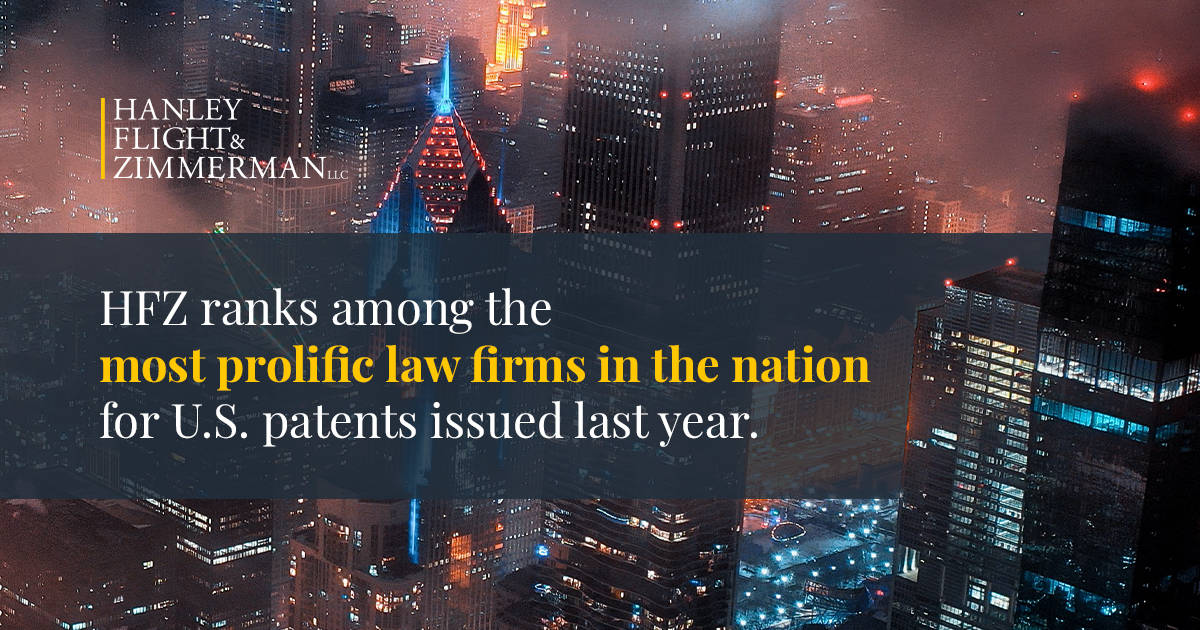 The numbers are in and Hanley Flight & Zimmerman, LLC ranked among the most prolific law firms in the nation for U.S. patents issued last year, according to recently released data compiled by Harrity Patent Analytics.

Previous data published by the Intellectual Property Owners Association in collaboration with Harrity Patent Analytics, showed that HFZ represents six of the Top 25 U.S. companies who earned the most granted patents from the USPTO in 2022 — meaning 24% of the top U.S. patenting entities look to HFZ for representation in protecting their valuable inventions.